All the countries in the world want to travel that blind tourist: 'I see the world differently'

shariarahammad in Proof of Brain • 16 days ago

Blind and deaf Tony Giles was talking about his dream. Despite his physical disabilities, he has already traveled to more than 130 countries. "Some might say I'm an example of the final stage of travel. I want to show them that you can see the world in an alternative way," said the 41-year-old English traveler in an interview with the BBC's Travel Show during a tour of Ethiopia.

"I listen to people, climb mountains, everything I feel through my touch and feet. That's how I see a country."

Giles has been touring new places for the last 20 years. 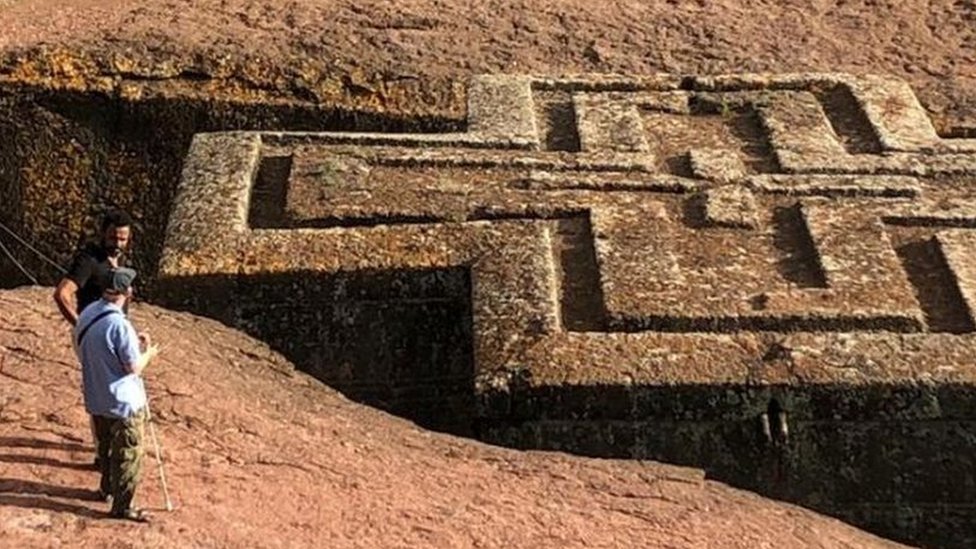 During one such trip, he met his Greek girlfriend, who was also blind.

He went to Russia with his girlfriend last year. They traveled by train from one end of the world's largest country to the other.

However, on most trips, Giles travels alone.

Thrilling experience to know the new

Giles' trip was funded by his father's pension. So he planned his trip well in advance.

His mother helped him buy plane tickets, but according to Taran Giles, most airlines do not have enough facilities for the blind.

He has already contacted those who help him during his stay in the country through various websites.

Kisah Pelancong Tunanetra: “Saya Melihat Dunia Dengan Sudut Pandang Berbeda”
"I can't decide where to go in a country by looking at a book or a travel guide. I need to know that information before I travel. So I haven't fixed my schedule in advance."

Once in a new country, the thrill of traveling there arose in him.

"Sometimes I don't know who I'm going to meet or what's going to happen. For me, that's the adventure." When Giles was nine months old, his eye problems were first noticed.

At the age of ten, he lost his sight.

Earlier, at the age of six, he was diagnosed with partial deafness.

Even though you are currently using a powerful digital hearing aid for hearing, you cannot hear all kinds of sounds.

"I was depressed for a long time as a teenager because of being blind."

He attended a special school and from that school, he traveled abroad for the first time at the age of 18.

Giles still suffers from various physical problems from time to time. In 2007, he had a kidney transplant if he had kidney problems.

"For the next six to seven years after that incident, I became addicted to alcohol. By the age of 24, I became completely alcoholic."

Giles' father, Sadagati, worked on the ship. The distant story heard from his father as a child caused a stir in Giles.

"When I recover from alcoholism, I see that there is an opportunity to lead a completely new life."

Her backpacking adventure began in March 2000 with a trip to New Orleans.

"I didn't know where I was going. I was so worried, I sighed and said to myself: 'Tony if you don't want this adventure, go home.'"

At that point, he decided not to back down and has since toured all the states in the United States.

"One of the main reasons I started traveling was to escape my emotions," Giles said.

Traveling to new places has also created a lot of positive thoughts in him.

"After mingling with people, I realize I'm blind and they don't mingle with me - mingling because of my personality."

He also prefers a simple place to stay.

"I like to be in a very simple environment - so all my senses are awake."

Giles tries to understand everything by touch. Want to get to know different objects through feeling. 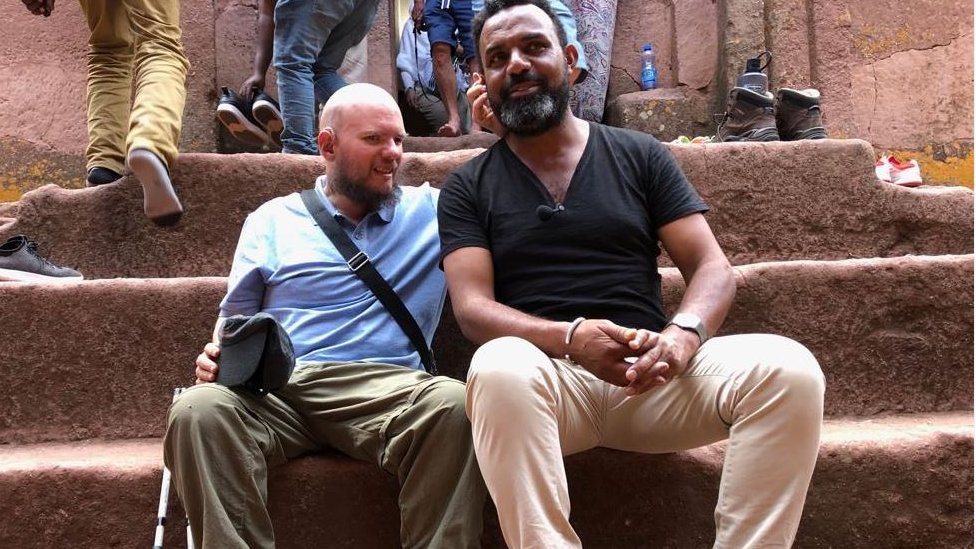 He creates an image of everything in his mind by talking to people and listening to others.

He was allowed to touch and feel everything at an art museum in Addis Ababa, Ethiopia.

Giles said that as a result, he also felt solidarity with everyone present. Many museums around the world do not offer such opportunities to visitors.

A lot of time is lost

Most of the time he hires a separate guide for himself. But sometimes he doesn't get a guide, and sometimes he gets lost.

However, Giles did not panic even if he lost. Waiting for a passerby to help him.

"Maybe a lot of people are walking by your side, at such times one might ask, 'Are you lost? Do you need help?'

He said it had happened many times that strangers had taken him to their home and entertained him. Many times strangers helped him on his journey.

"I have to find someone in a new place whom I can trust. I have to talk to someone to see if he is trustworthy."

After confirming a person, he took her to an ATM booth to withdraw money.

Giles loves to play a variety of musical instruments in those areas while traveling around the country.

"Music is one of my favorite things. I find myself in music. Music can overcome all obstacles."

Eating local food from all regions is also one of the goals of his trip.

Jails have visited many places of interest and also taken pictures of many places.

Giles may not be able to enjoy those pictures himself, but visitors to his website can find out about different places in the world by looking at those pictures.

Many times people are shocked to see the intoxication of his travels.

They ask, "Why would a blind person want to go around the world?"

Giles' answer, however, is very simple.